What you should know about electrolytic aluminum capacitors ?

Discover the basic information about electrolytic aluminum capacitors, to improve your choice

Structure of an electrolytic aluminum capacitor is shown hereunder: 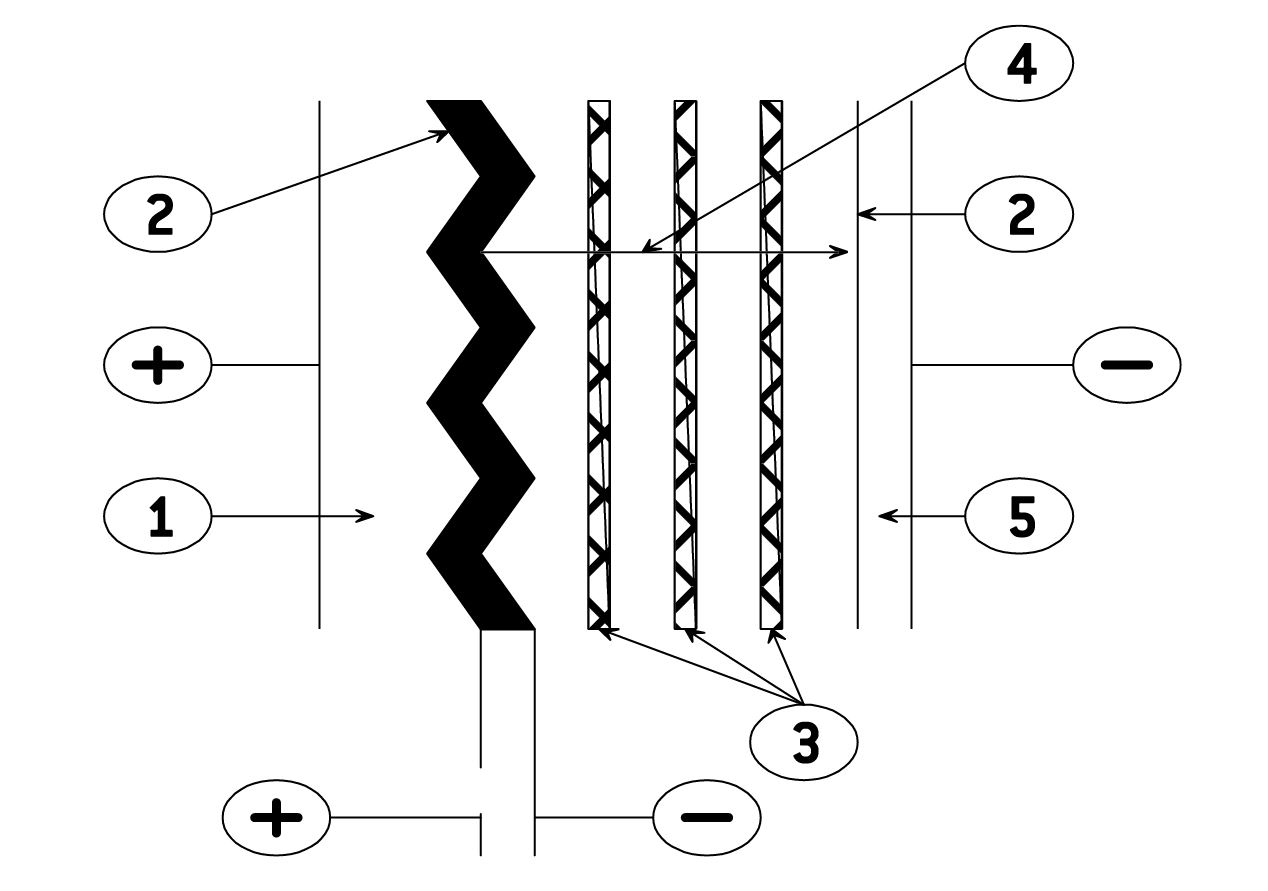 The positive plate is an etched aluminum foil covered with alumina which is the dielectric of the capacitor.

The negative plate is constituted by a second aluminum foil which serves as a current supply, and by electrolyte-impregnated papers layers.

The aluminum used for the cathode is a ≥ 98 % grade aluminum covered with a dielectric layer with a thickness of about 40 Å.

2. Diagram of the equivalent circuit 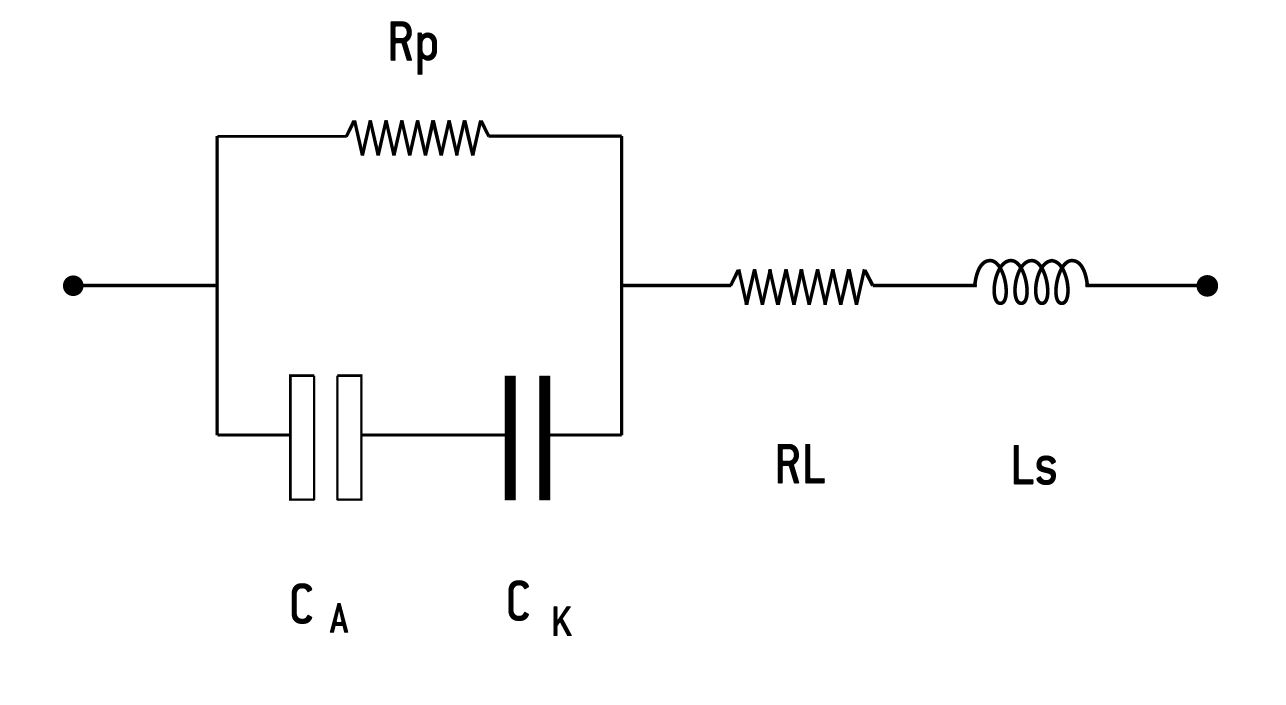 A standard simplified diagram is :

Cs is the series capacitance of both anode and cathode capacitances.
Electrolytic aluminum capacitors are naturally polarized because of the insulating f Ilm on the anode.

Given the very thin aluminum oxide layer, a reversed voltage should not exceed 1.5 V when there is energy supply.
Short duration reverse voltages can be absorbed by special construction, second anode replacing the former cathode.

The rated capacitance is defined at 100 Hz and at ambient temperature.

Ur is the maximum DC voltage which may be applied in continuous operation.
When applying a superimposed alternating voltage, the peak value of the resulting waveform should not exceed the rated voltage.

Up is the maximum repetitive voltage which can be applied within short periods.
Defined in CECC 30 300 and IEC 60 384-4:
1000 cycles of 30 s charge followed by a no load period of 5 min. 30 s with upper category temperature.

The dissipation or loss factor is defined by its tangent Tand

The relation between ESR and dissipation factor Tand. 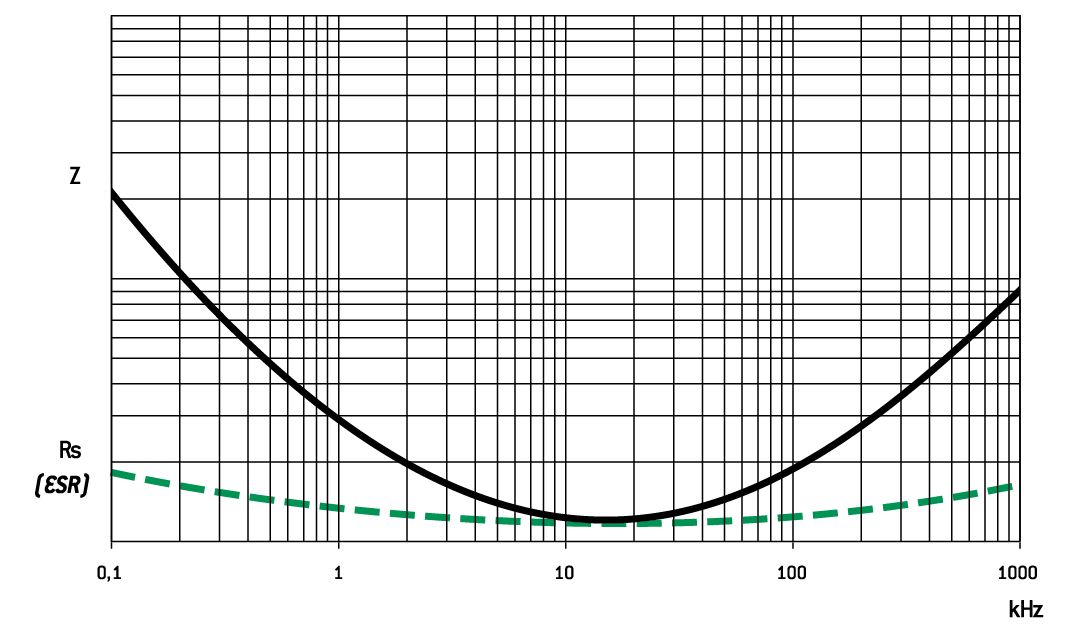 Z and ESR as function of frequency typically follows the chart:

The current is defined at the maximum climatic category and at 100 Hz.

It is the root mean square value r.m.s. The value I0 is the rated value for calculations of expected life up to3 I0.

Il is measured at 20°C after a 5 min. polarization under rated voltage.

* Whichever is the greater 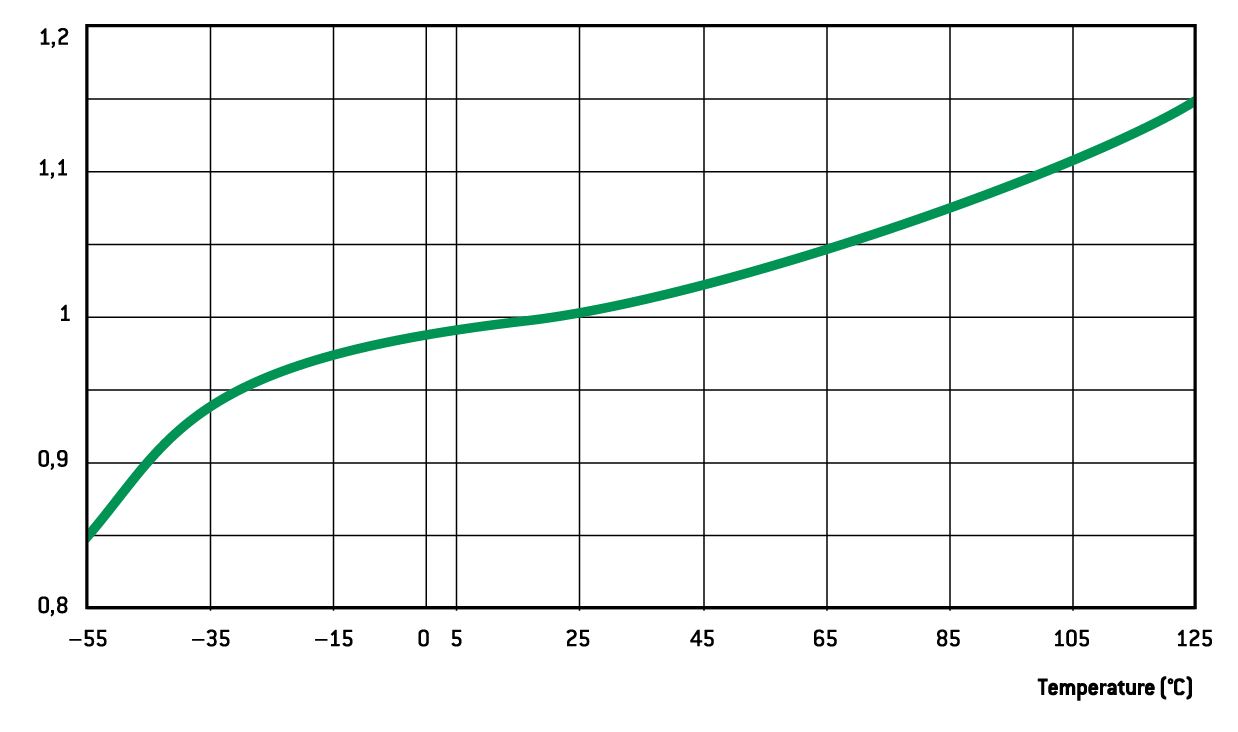 - ESR and Z drifts at 100 Hz
Versus temperature 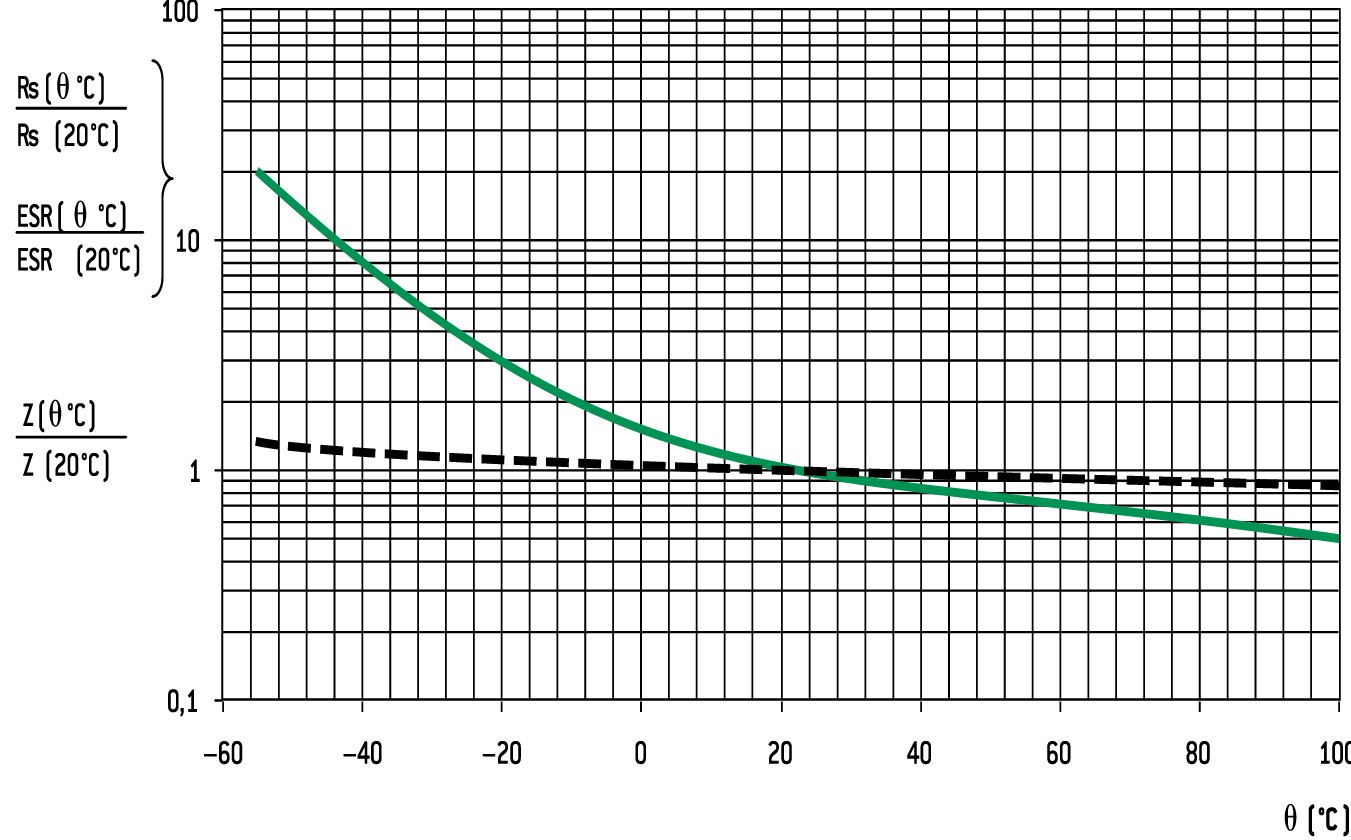 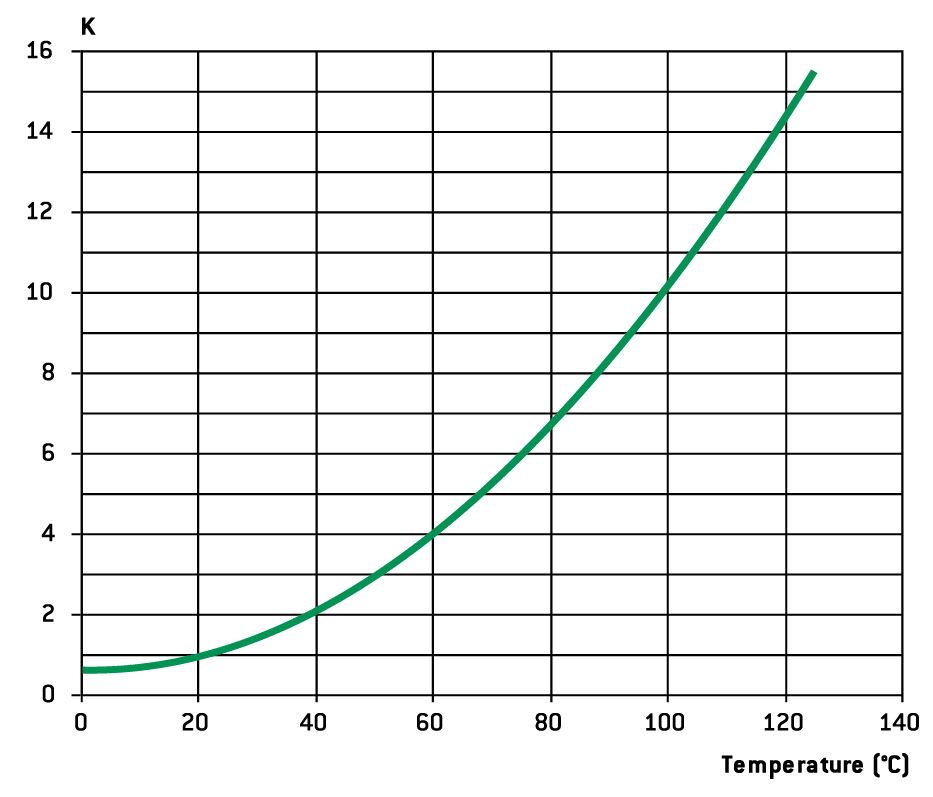 Electrolytic aluminum capacitors are defined in:

Quality insurance procedures are described in these specifications.

Specific requirements can be taken into consideration with regards to initial values of dissipation factor or equivalent series resistance and impedance.

Failure criteria are defined in CECC 30 301

- Non measurable defaults
They might be summed up as:

- Measurable defaults
Variations exceeding the values given below characterize a default.

Specific requirements can be taken into consideration with regards to lower drifts.

r.m.s. value according to current waveform. 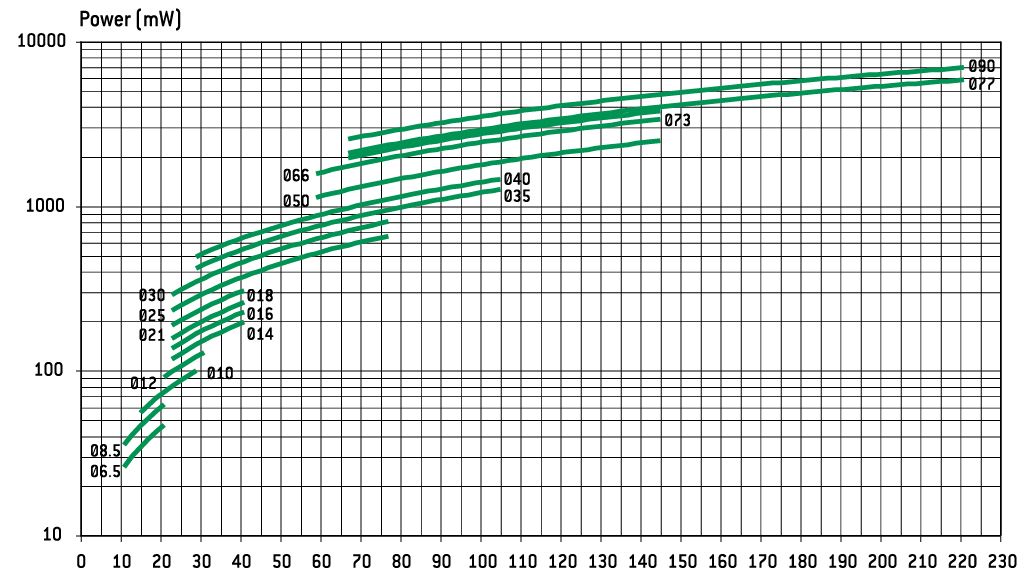 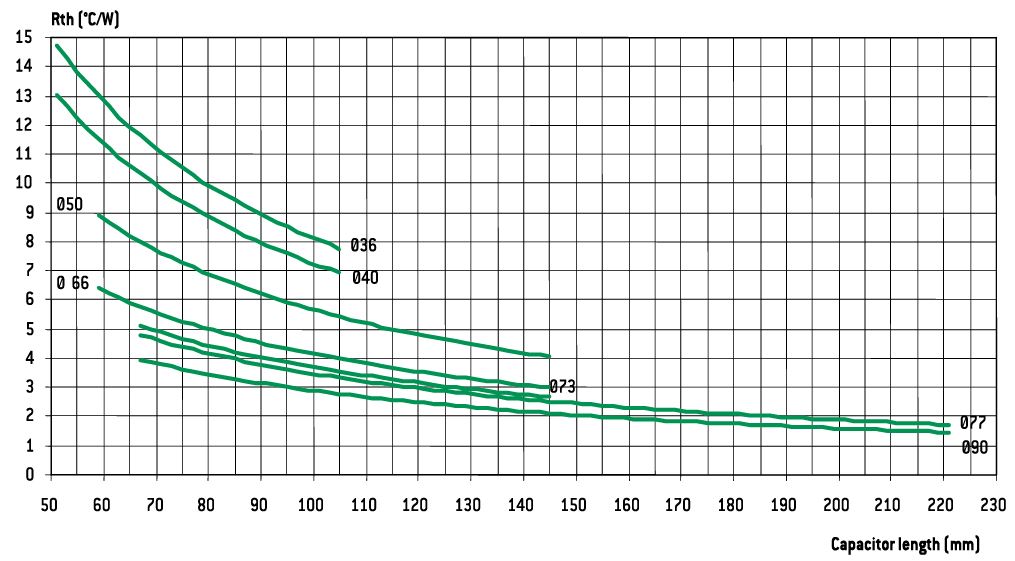 Forced or not cooling air can lead to a significant decrease of these values.
Consequently, r.m.s. ripple current can be increased as a function of air cooling speed:

This parameter shall be applied to one capacitor alone.
For capacitors in bank, ambient temperature must be strictly equal around all capacitors.

- Quality guaranty
We guarantee products manufactured during 2 years from the data of shipment against defaults of material and assembly.
This guaranty can be involved by the buyer only if our products are used within normal conditions, always according to the state of the art and taking in account storage conditions.
The equipment design should take into consideration possible failures of our capacitors and related effects in order to avoid them.
Guaranty is not applicable for damages occurred by surge voltage, irregular use, polarity inversion or maintenance default.
Guaranty is exclusively limited to the replacement of individual defective capacitors within the terms of delivery. This rule applied to all cases and particularly to any further consequence of failures.

Failure rate is measured in FIT (failure in time = 10–9 / hour).
The failure rate is set up during the life time of the capacitor (phase II) 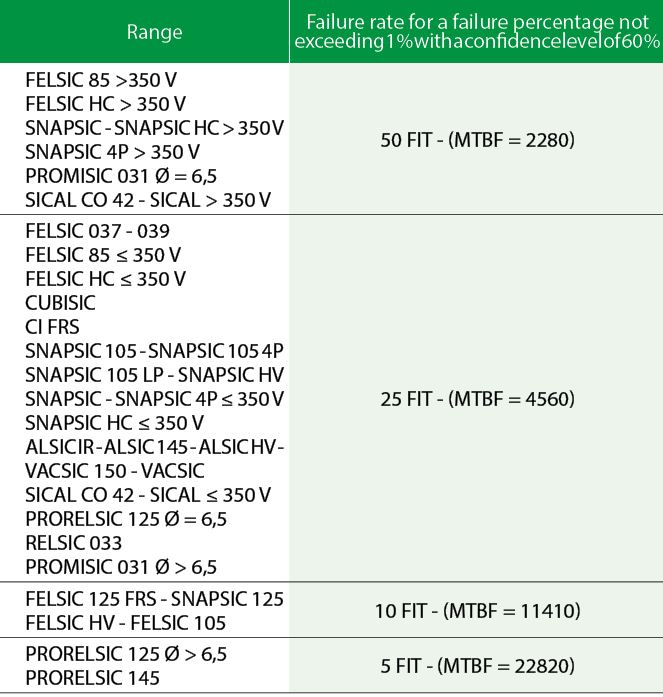 Multiplying factor of FR with voltage and temperature 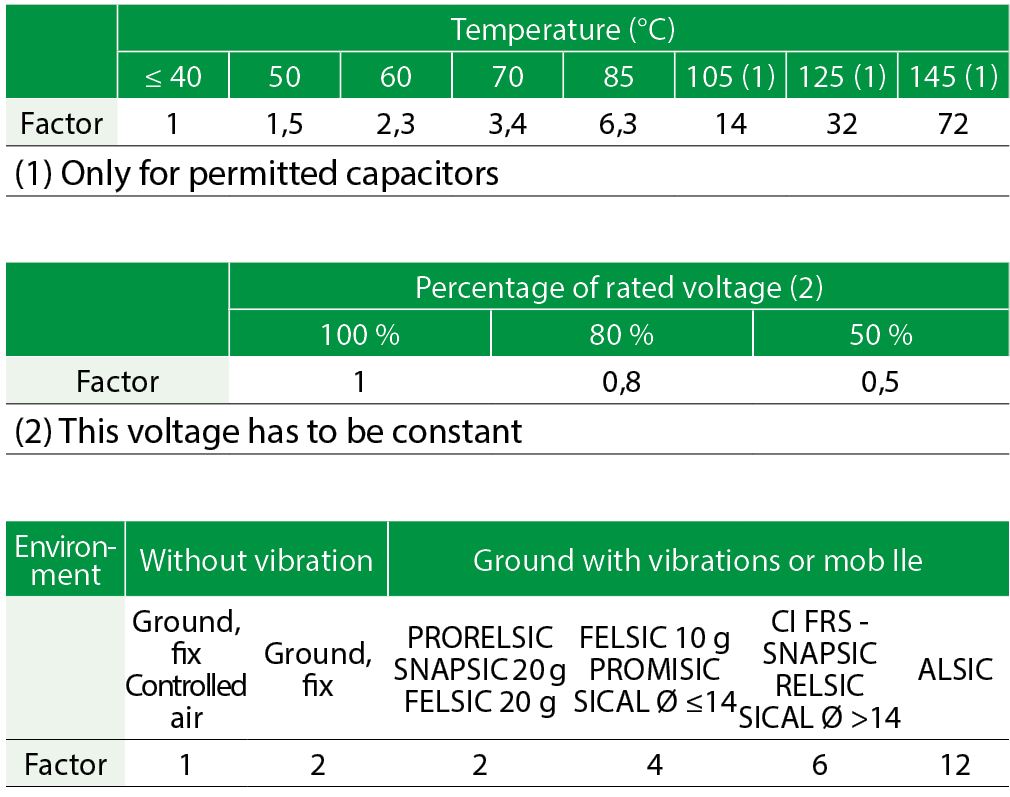 Use aliphatic alcohols, such as denatured ethyl alcohol, isopropanol, or butylacetate, or else alkaline d Iluted solutions. Avoid incompatible solvents (halogenous for example).

There is no electrical characteristics variation for long periods of storage except leakage current which can increase.
It is caused by chemical reactions between the dielectric alumina and the electrolyte. These reactions are reversible when switched on. Capacitors can generally be stored at temperature between –5° and +50°C without reforming for the following periods of time:

Generally when these periods are overstepped, one hour at rated voltage causes the decrease of leakage current under the specified limits. An other way to avoid this leakage current increase problem is to always limit ava Ilable power through capacitor during first seconds or minutes after storage or transport, according to the following chart:

Capacitors may be used vertically (terminals on top) or horizontally. When used horizontally, the following position in relation to the safety vent, is recommended:
Mounting capacitors in series may be used for operating voltage exceeding Ur. See FELSIC in bank.

They may be used in any position. During mounting, avoid applying excessive force to capacitor pins or wires. There is a risk of damaging internal connections.
After soldering and for the same reasons, do not try to move the capacitor's body.

In aluminium capacitors with liquid electrolyte there is no component showing a pollution risk, in small amounts, of air or water. EXXELIA is always involved in this security field particularly in using chemicals for electrolyte, without well-known risks.

There is neither benzene, toluene or phenyl compound nor explosive such as picric acid, nor asbestos in plastic covers. All the capacitors made by EXXELIA since 1991, can be scrapped or used in raw materials recycling processes without special care in compliance with Community rules.

Come and discover the latest innovations from Exxelia at our booth during the event. We have a range of high-quality products (Capacitors, Filters, Magnetics, Materials & Tuning Components, Position Sensors, Ohmcraft Resistors, Slip Rings & Rotary Joints) designed to meet the needs of your industry. We can&#39;t wait to show you how our solutions can improve your projects and increase your efficiency. Don&#39;t miss the opportunity to meet our team of experts and find out how we can help you achieve your goals. Join us at our booth for an enlightening experience.

✨ Best wishes from the whole #teamexxelia