Exxelia is proud to be onboard Solar Orbiter which carries more than 16,000 of our passives to provide unprecedented insight into how our parent star works !

Solar Orbiter, a European Space Agency mission, was launched on an Atlas V rocket 411 (AV-087) from Space Launch Complex 41 at Cape Canaveral Air Force Station at 11:03 p.m. EST on Sunday, Feb. 9 2020. The satellite reached its first working orbit around the Sun, called “halo orbit” and is ready to begin its first scientific observation campaign. The campaign will last six months, during which time the 55 payloads will be turned on one by one and tested before being used to perform scientific observations.

Solar Orbiter is a highly complex scientific laboratory. Deploying such a mission is a one-of-a-kind achievement! The mission will take years and is one of the most highly anticipated scientific experiments of our time. And you know what they say: your best work comes when you're up against the toughest challenges. Unfortunately, these challenges aren't only in labs, but also in space. To study the Sun and its activity like never before, scientists are sending a probe into orbit around it. Solar Orbiter will be facing temperatures of up to 500°C, which is usually not survivable for complex equipment. But do you know what's even more challenging than getting data from a 500°C hot solar environment? Getting that data with expensive equipment that doesn't work, because you don't have enough reliable components at your disposal! That's why we, at Exxelia, were so happy when we heard that thousands of our capacitors and magnetics were chosen by the European Space Agency to achieve this mission; we're talking about components that will keep working in those kinds of harsh environments! They will help scientists better understand energy flow and particle acceleration within our own solar system and beyond.

Shockingly, the Sun is mostly a mystery. We have some understanding of its composition, but it's unclear how the phenomena we see happen. Solar Orbiter is going to help us get a better idea of what makes the Sun tick by taking some of the most detailed images and observations of our star ever taken.

Among the instruments on Solar Orbiter are: a Wide-Angle Imager and a Coronal Imager. Each will provide high-resolution images—an order of magnitude higher than those captured by NASA's Solar Dynamics Observatory—and spectacular views of the Sun's polar regions. The Wide-Angle Imager will capture images in five wavelengths, while the Coronal Imager will use seven wavelengths to observe phenomena that affect the upper layers of the solar atmosphere, such as magnetic fields and plasma flows. Our capacitors and magnetics are critical for stabilizing and powering these instruments on their mission to explore our home star! They need to be able to perform in a very hostile environment with temperatures ranging from -150°C (-238°F) to 500°C (932°F). Temperatures will reach their highest during the closest flybys of the Sun—which will take place as close as 15 million kilometers (about 93 million miles) from its surface. Our space capacitors and magnetics are capable of withstanding such high temperatures. They'll even keep functioning in cryogenic conditions, as low as -150°C (-238°F). These components are also very durable, which makes them perfectly suited for this mission.

Choosing the right capacitors for such a mission was not easy. The requirements and technical constraints were very strict. We had also to support and select the materials that could handle the launch vibrations and the shock of the rocket launching phase, we also had to achieve a very long life and high reliability in order to succeed in the mission. This project proves that our EXXELIA components are incredibly reliable and have nothing to envy to other electronic components on the market. Several other tests have been conducted by ESA in this project such as solar radiation, thermal shock... 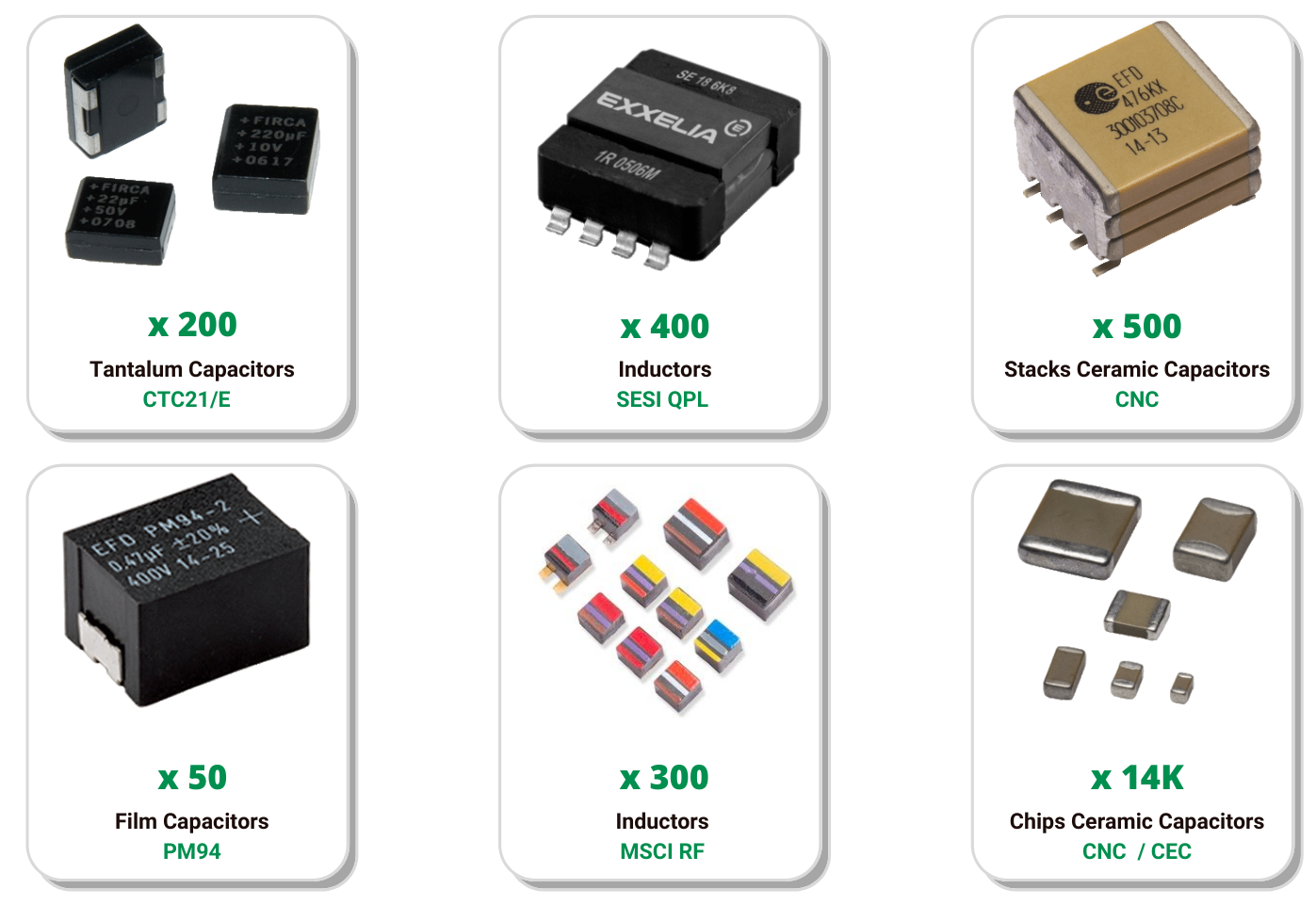 520 of our CNC stacks ceramic capacitors